The Book of the Dead - Taylor Books of Charleston, WV 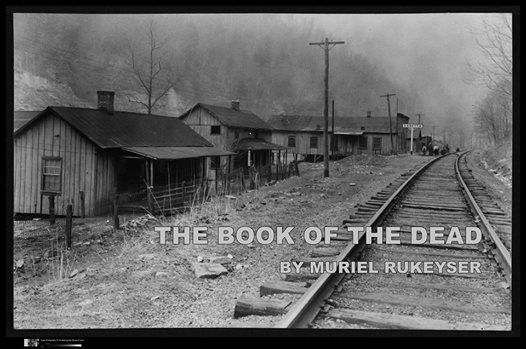 Written in response to the Hawk’s Nest Tunnel disaster of 1931 in Gauley Bridge, West Virginia, The Book of the Dead (originally published in 1938) is an important part of West Virginia’s cultural heritage and a powerful account of one of the worst industrial catastrophes in American history. The poems collected here investigate the roots of a tragedy that killed hundreds of workers, most of them African American. They are a rare engagement with the overlap between race and environment in Appalachia.

Published for the first time alongside photographs by Nancy Naumburg, who accompanied Rukeyser to Gauley Bridge in 1936, this edition of The Book of the Dead includes an introduction by Catherine Venable Moore, whose writing on the topic has been anthologized in Best American Essays.

CATHERINE VENABLE MOORE is a writer who grew up in Charleston, West Virginia. She studied writing at Harvard University and the University of Montana, and is the recipient of fellowships from the MacDowell Colony, the West Virginia Humanities Council, and others. Her nonfiction has recently appeared in Best American Essays, Oxford American, VICE, and Columbia Journalism Review. She is currently at work on a book of narrative nonfiction set in Appalachia, to be published by Random House. Back in her high school days she worked here at Taylor Books.

Special guest Dr. Billy Joe Peyton of West Virginia State University will also be present to talk about his uncle Arthur, who worked as an engineer and testified against Union Carbide. He will read Rukeyser’s poem “Arthur Peyton” to the audience.